It was a hearty band of fifty golfers who first brought the game to Yellowknife in 1948, before jets streaked through the sky and when a highway north was only a dream. Members hauled an old DC-3 fuselage onto the smooth Precambrian rock and used it as the first clubhouse. Legends surround the course – there are reports of ravens stealing balls and visits by the occasional black bear over the years. We have yet to lose a golfer. 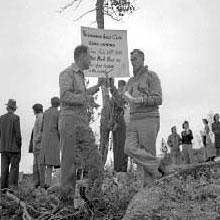 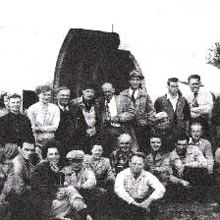 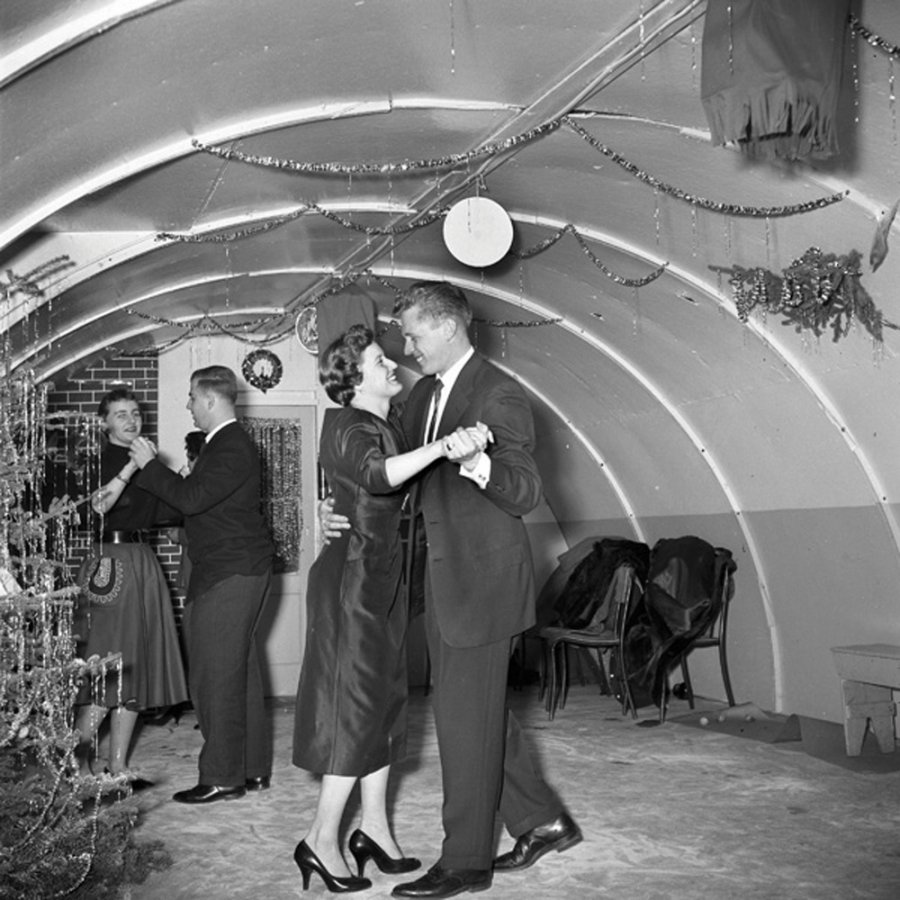 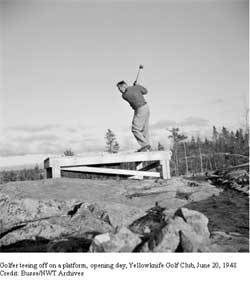 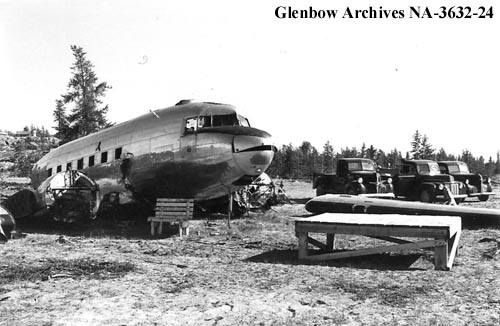 The Original crashed DC-3 fuselage used as the clubhouse

In the late 1940s, CP Rail brought renowned Canadian golf course architect Stanley Thompson, creator of the course at Banff Springs, to Yellowknife to see the new course. According to oral tradition, Thompson described the early course as "very interesting." 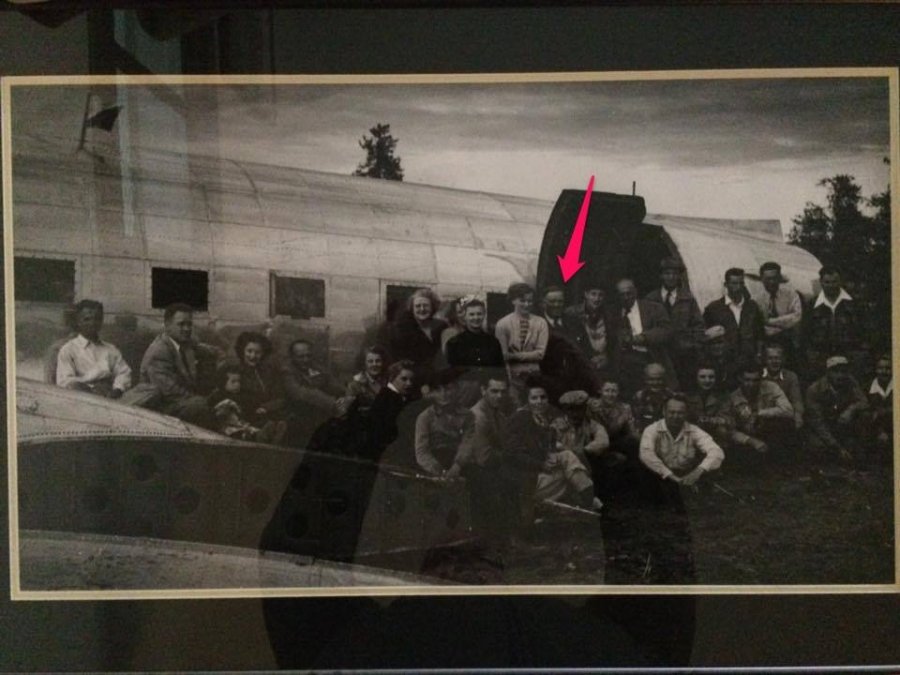 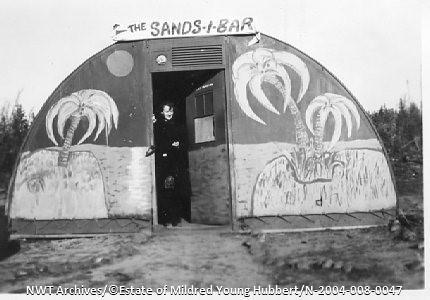 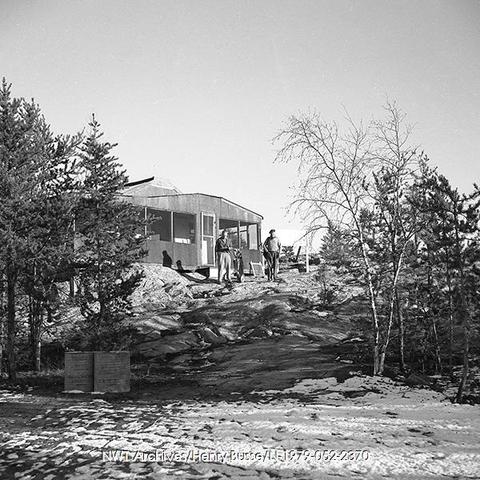 the original structure of the current clubhouse 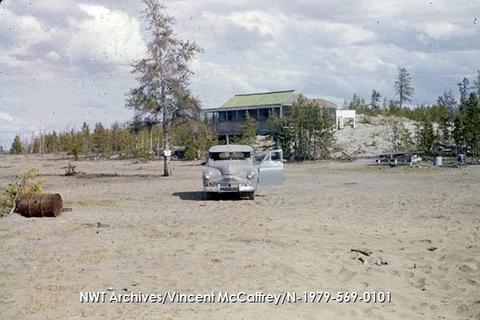 The current YKGC Clubhouse in 1967 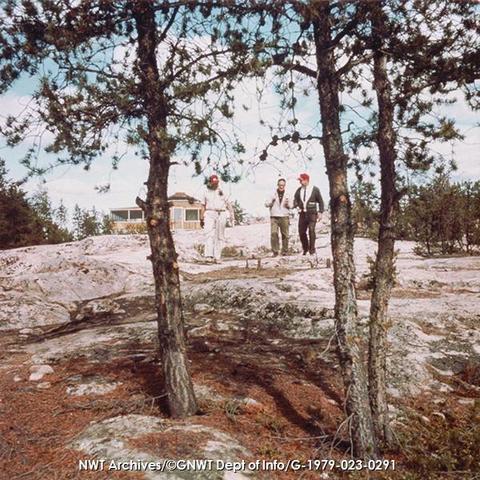 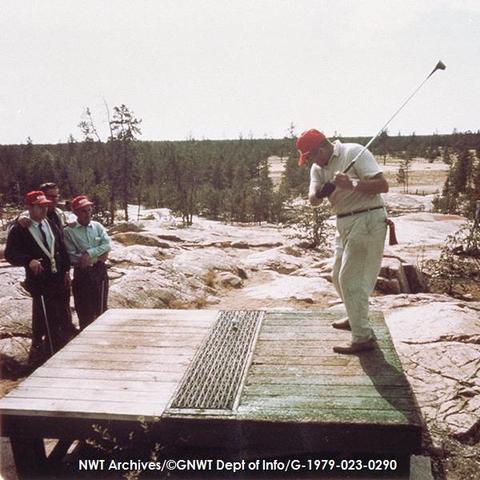 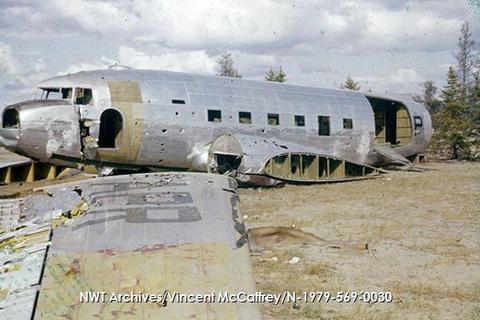 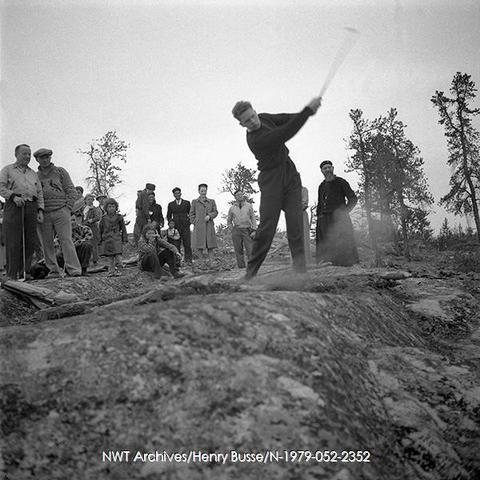 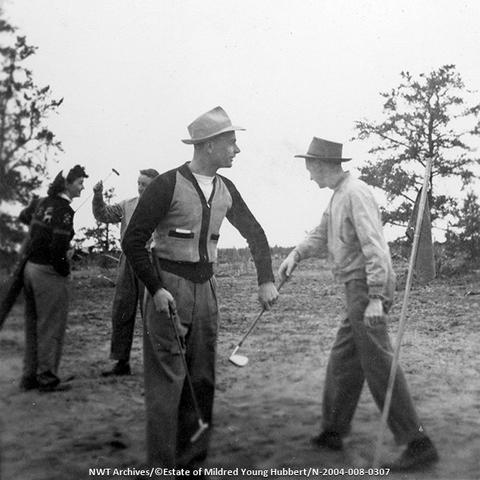 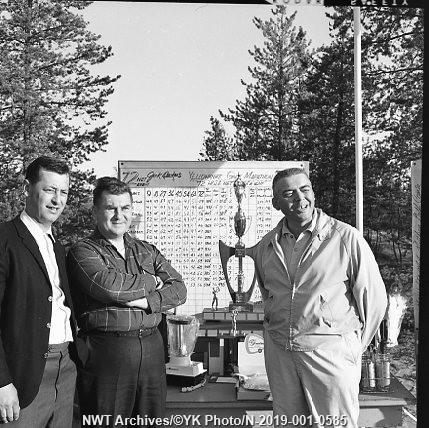 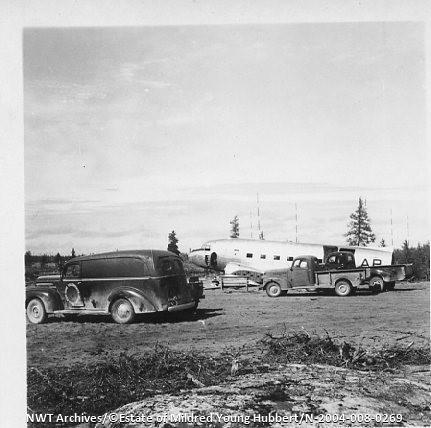 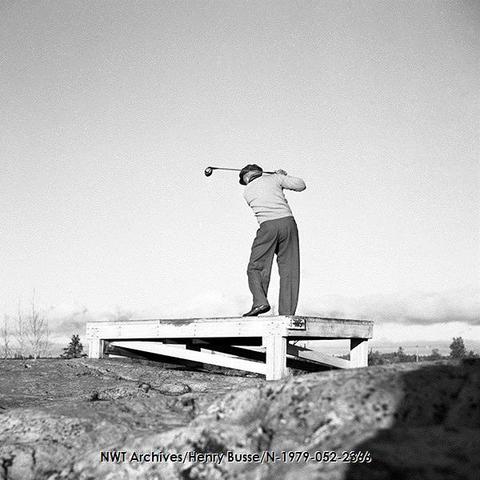 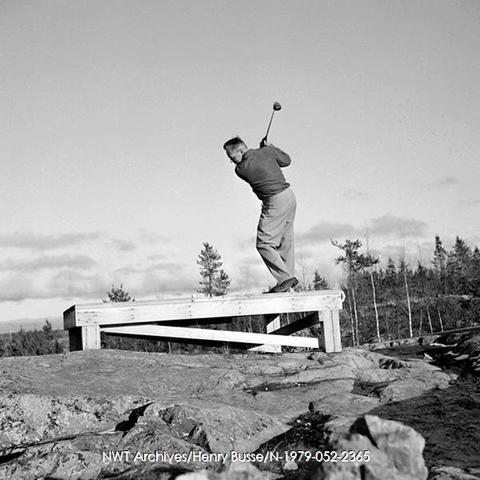 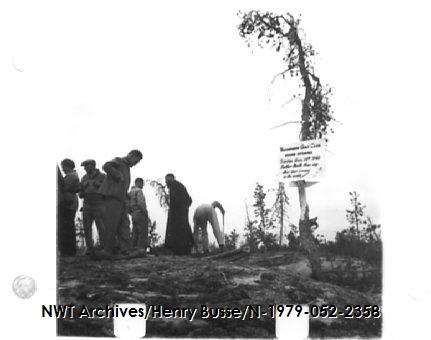 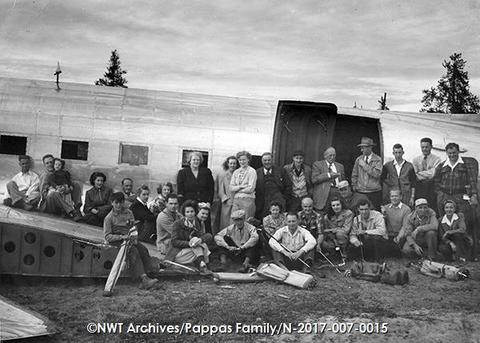 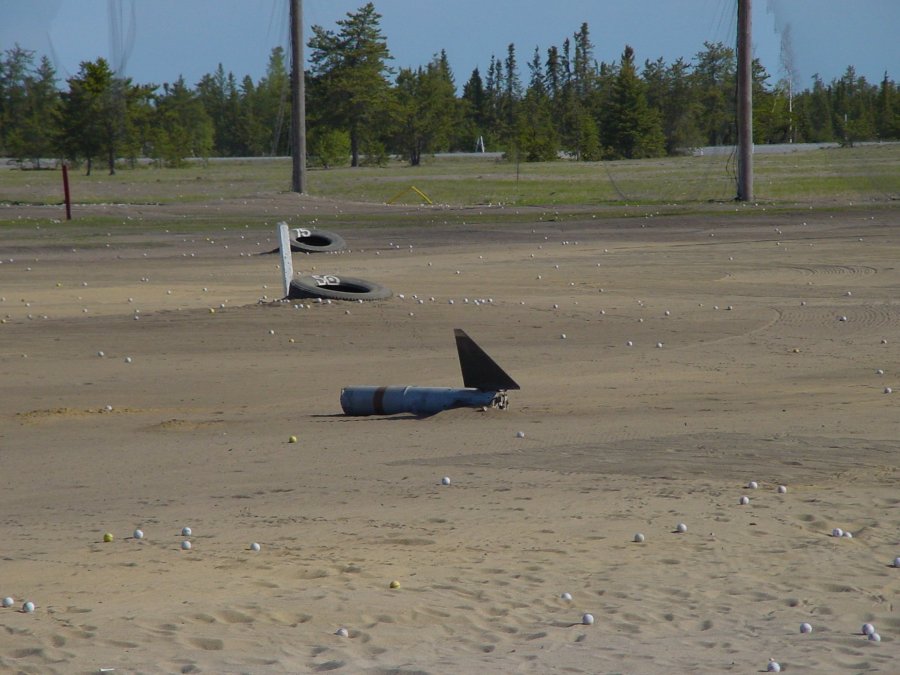 Part of the AIM-7 Sparrow Missile that fell off of a Canadian Forces CF-18 jet after take off from Yellowknife Airport.  The unarmed missile fell through the netting and landed on the driving range

The Midnight Classic Golf Tournament is a long standing highlight of the short summer season. Originally called the Midnight Marathon, golfers teed off at midnight and played as long as they could. In 1970, Sandy Hutchinson made club history with 171 holes of golf played during a 33.5 hour marathon.

For the first 45 years, the club featured a nine-hole course with sand fairways and oiled greens. In the 1990's, three experimental artificial greens were installed, and by 1995, all nine holes had artificial turf.

In 1999 the Yellowknife Golf Club undertook a major expansion project developing ten new holes with modern artificial turf technology. After abandoning one of the original greens, the course became the existing 18-hole track.

Tony Sunderland was the lone golfer on the course between 6 and 6:30 a.m. on June 18, 2004 - the morning a CF-18 fighter jet dropped a live AIM-7 Sparrow missile on the driving range. The 226-kilogram, medium-range weapon, which was equipped with explosives but was safetied, fell approximately 450 metres before skidding across the driving range, smashing into pieces, and coming to rest on the 10th hole. Almost immediately, RCMP ushered staff member Guy Kennedy from the clubhouse and evacuated Sunderland from the fairway, while shutting down Highway 3. Military personnel later exploded what remained of the missile where it lay, leaving a one-metre-diameter crater in the sand. A five-centimetre depression can still be perceived on the 10th hole.

Black bears visit the course on occasion In 2007, on men's night when the course was cleared in preparation for a shotgun start, a young staff member was picking up balls from the edge of the driving range net while listening to headphones when he almost bumped into a bear.  Bystanders jumped in their cars and drove onto the course honking horns to scare the bear off.

The Yellowknife Golf Club is a not for profit cooperation and  is run by a volunteer board of directors.